Add to Lightbox Download
Denise Schaefer is a Peruvian-born American model who features in the new GUESS Swimwear campaigns around the world. With 150,000 followers she is one of Esquire's Women We Love on Instagram. She has also appeared in FHM and Galore, stars as a sexy flight attendant in another popular Carl’s Jr. commercial [https://youtu.be/O2JgudQMp4Y], and she has a small role opposite Miles Teller in the upcoming boxing movie Bleed For This.

In 2015 Denise was linked to the ultimate bachelor Leonardo Dicaprio, who accompanied her on board Russian businessman Roman Abramovich’s yacht [http://www.justjared.com/2015/01/05/leonardo-dicaprio-hangs-with-pretty-brunette-after-beach-day/]

Copyright
APIX Syndication owns and/or represents all content on this site. Images must not be reproduced without prior written permission.
Image Size
6723x5427 / 11.3MB
https://www.photoshelter.com/support/license
https://www.apixsyndication.com/contact
Contained in galleries 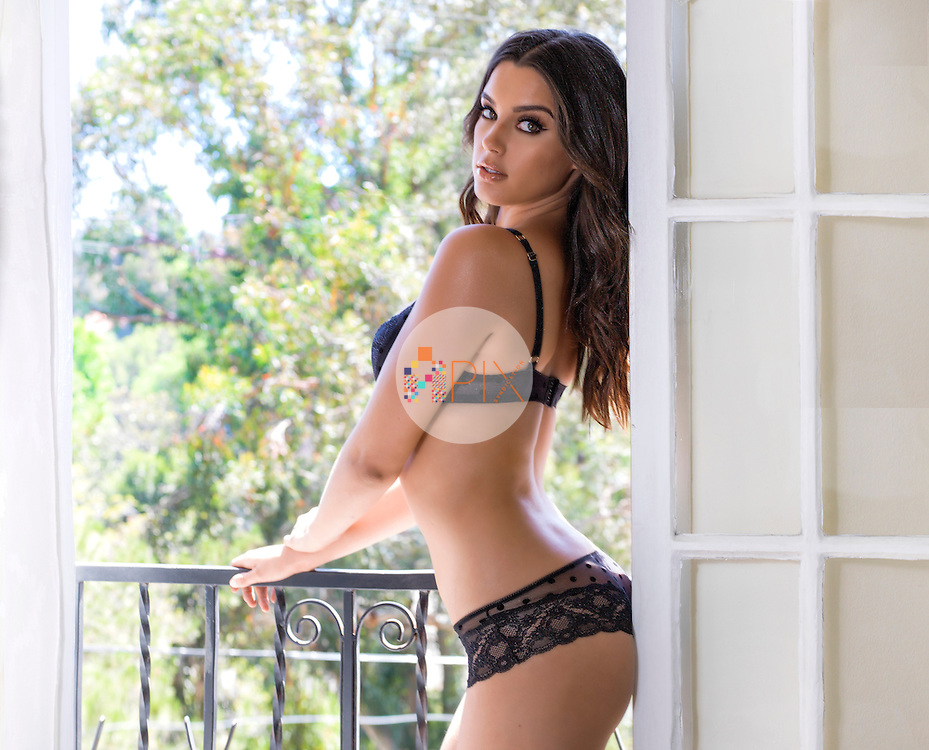