Add to Lightbox Download
Melissa Baker is a Sports Illustrated swimsuit model who is known for her curvaceous, sexy body.

She appeared on the big screen with Jennifer Aniston, playing Jeff Goldblum's girlfriend in the Hollywood comedy "The Switch".

Melissa has featured in international editions of GQ, Vanity Fair, Maxim (swimsuit issue and calendar), Esquire and FHM magazines, as well as in ad campaigns for Abercrombie & Fitch, Sisley, Nautica and McDonalds.

Banding together with fellow models, Melissa has brought a class action law suit against model agencies for alleged abuse and exploitation: http://nypost.com/2016/02/08/models-say-theyre-abused-exploited-in-lawsuit-against-agencies/

Photographed in the beautiful waters of Fiji, this shoot will need approval prior to publication but can be accompanied by an interview.

Copyright
APIX Syndication owns and/or represents all content on this site. Images must not be reproduced without prior written permission.
Image Size
3505x5314 / 53.3MB
https://www.photoshelter.com/support/license
https://www.apixsyndication.com/contact
Contained in galleries 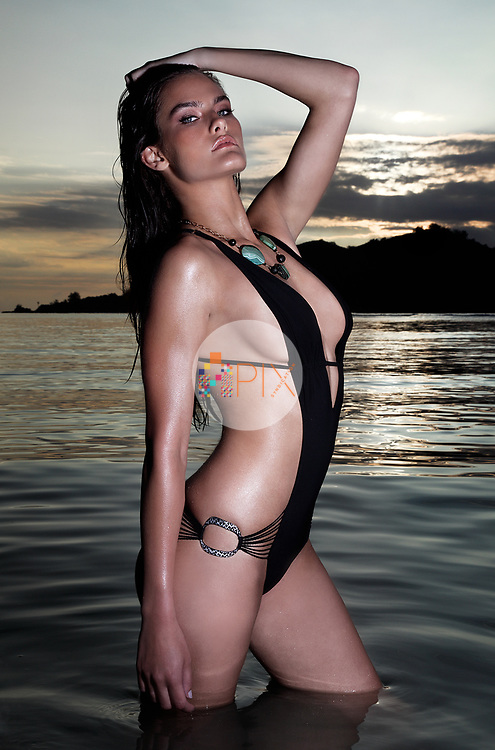