Add to Lightbox Download
Irina Voronina is a stunning model, actress and comedienne who grew up in Russia but now lives in sunny California where she is permanent host of 'Playmate Club' show on Playboy Radio. She was a Playboy covergirl and Playmate of the Month and has featured in international editions of FHM and Maxim magazines. She was recently voted the 5th most beautiful woman in Russia.

Irina featured in the new Piranha 3DD movie and she appeared in comedies Epic Movie and Balls of Fury, and the heist movie The Casino Job. She has a regular part in the comedy series 'Svetlana' on HDNet, and has also appeared in episodes of Entourage, Reno911!, MADtv and Chelsea Lately.

This shoot will simply need photographer approval prior to publication but could be accompanied by an interview as well.

Copyright
APIX Syndication owns and/or represents all content on this site. Images must not be reproduced without prior written permission.
Image Size
3664x5504 / 10.6MB
https://www.photoshelter.com/support/license
https://www.apixsyndication.com/contact
Contained in galleries 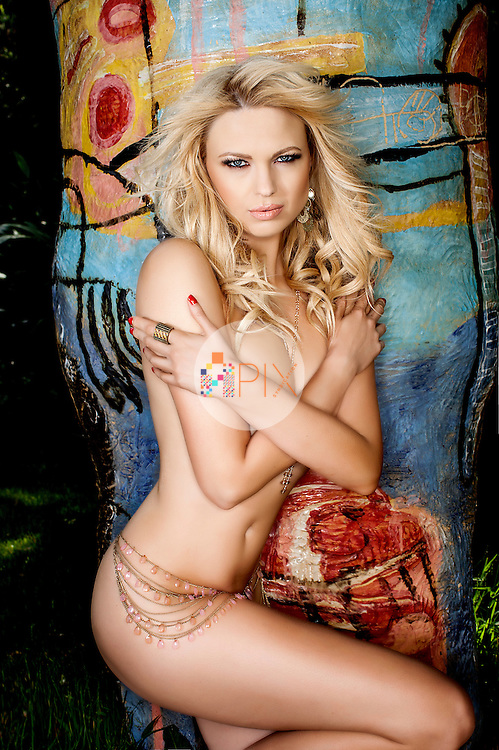